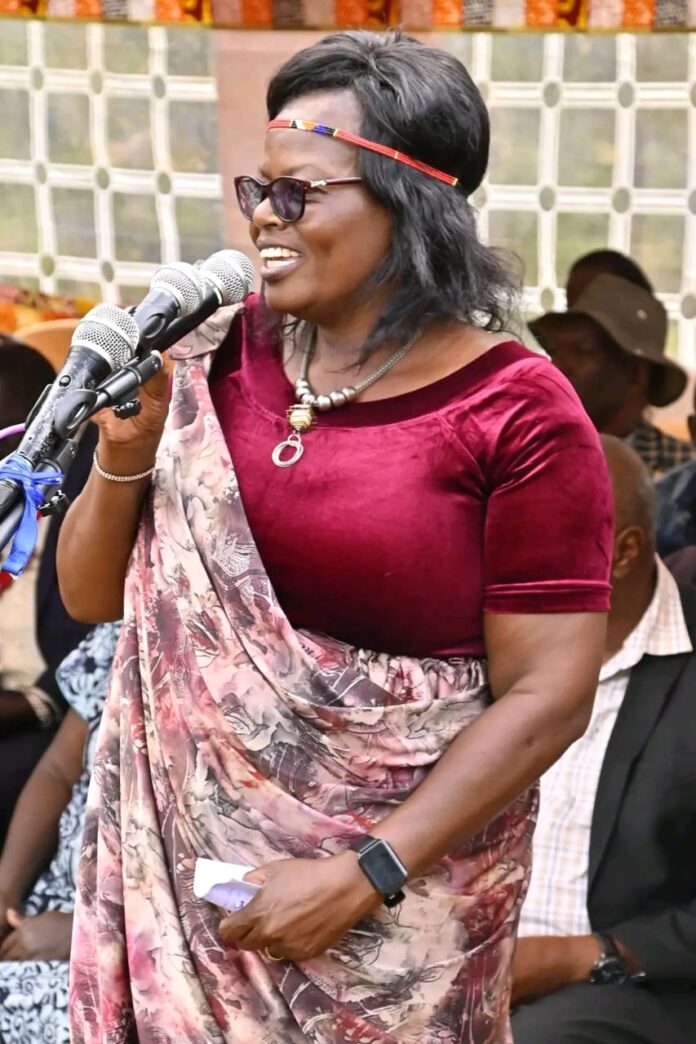 Bungoma County Deputy Governor Janepher Mbatiany has urged parents to prioritize their children’s education saying its the key to success.

She was speaking at Africa Theological Seminary grounds in Kopsiro, Mt. Elgon Sub County while attending the Vuka rite of passage graduation and form four graduate celebration an event hosted by Empower Hope.

On the scholarship issue, Mbatiany stated that parents of 1500 students who have been factored in the scholarship scheme without meeting the required criteria had so far shown willingness to withdraw from the scheme to allow the needy cases to take up their positions.

“So far parents of 1500 students have willingly withdrawn from the scheme so that needy and deserving cases can take up those slots,” she stated.

She said re-vetting has no malice as alleged by some legislators but aims at ensuring deserving and needy cases are the ones captured.

The event was attended by several leaders among them Nandi Governor Stephen Sang who challenged the Empower Hope directors to consider introducing mentorship programme to accomodate boys too so that they can also be empowered.

“This is a noble idea, I sincerely thank the directors for this, something has to start from somewhere, I urge you to also introduce one for our boys so that they do not become extinct. We need to safeguard our boys too,” urged Governor Sang.

Sigh of relief for landslide victims in west pokot after three years of waiting.

Lusaka commits to run a government that is inclusive of PWDs